Earlier this year, my family visited our grandparents, and we decided to bring Brodie along with us.  Nothing was unusual about this; our hosts also had two Poodles, Claudia and Riri, and we loved the idea of forming a Poodle Pack.  However, one morning, Claudia suddenly shed her veneer of a sweet, oversized puppy and lunged at Brodie.  A furious battle of snarling and snapping ensued, only ending when my mother and grandfather finally got between the two.

Looking on, I feared for both of them. ‘Are dogs aggressive?’ I thought. Where Brodie calmed down and followed us outside, Claudia still seemed aggressive enough to mow down anything between herself and my dog.  I could only imagine what might have happened if my grandfather had been in front of her instead of holding her collar from behind…

Out of a morbid sense of curiosity, I started looking into the number of attacks with fatalities involving aggressive dogs, and it’s scarier than one might think.  According to The Center for Disease Control and Prevention, there are approximately 4.5 million dog bites each year.  In 2015, more than 28,000 people underwent reconstructive surgery due to dog bites.  As expected, 99% of the fatalities resulted from potentially harmful dogs (also known as “aggressive breeds”) such as Pit-bulls, Rottweilers, Dobermans, and Akitas, attacking without restraint.

Appearances are deceiving, however, and research has proven that the most aggressive dog breed is the dangerous and terrifying Dachshund.  In the second place, the vicious and fear-inducing Chihuahua.  And in third place, the life-threatening and deadly Jack Russell Terrier. You’ve probably seen them…  The tiny dogs that look cute from a distance, but up close and under even the slightest amount of pressure, they turn into fierce hellhounds that growl and bark like Mastiffs. Next to these tiny terrors is always that owner who seems to be struggling to control the 5 lb. dog. You can’t help but think to yourself, “I’m glad she’s not holding a Doberman, or I’d be dead.”

Give that same type of owner a powerful dog such as a Pit-bull?  It becomes a potentially lethal weapon because the owner never learns to control it.  When the Pit-bull is a puppy, owners think everything is cute and adorable.  If it barks, bites, growls, or jumps, the only response is, “Aww, so cute!”  And everything the cute, harmless puppy was allowed to do, the big, strong, and potentially harmful dog will keep doing without asking for permission throughout its life.  Whose fault is it?  The dog is doing what it’s been allowed to do from Day 1.

Similar to Type 1, but with key differences.  These are owners who recognize that their dogs are misbehaving, but fail to enforce any punishment or training attempts.  They may raise their voices or grab their dog’s collar, but without any further action, their dogs come to see this only as an annoyance that can be ignored.  Whenever they jump, steal food from the table, or bully other dogs or people, their owners do nothing but shout their dog’s name and expect obedience that those dogs were never taught. They attribute the bad behavior to their breed or personality, not seeing that the problem lies with their overly gentle hand

These are the kinds of owners most often associated with bad-tempered Poodle’s or other small dogs with aggression problems – the ones who think their dogs can do no wrong.  These are the owners who shower their dogs in nothing but love and affection, exclusively preferring positive reinforcement for good behavior over punishment for the bad.  If the dog steals food, “Oh, he’s just hungry!  He probably just wants a snack, he can have that.”  If the dog growls or tries to bite someone, “Oh, she must not like you very much.  That’s okay, she has a selective personality.”

Do remember that this problem is not exclusive to small dogs – Imagine a German Shepherd with such behavioral problems.  Through all of the owners’ well-meant love and affection, they spoil their dogs rotten. They can do whatever they please and only suffer a brief lack of affection, and such rewards return seconds later.  What incentive would these dogs have to change their behavior?

Of course, while a dog’s natural personality can influence its behavior, poor training always leaves a mark.  Claudia and Riri received the same training (a mixture of Types 1 and 2, were I to judge), for example. Riri took punishing muzzle-grabs to mean that he shouldn’t give kisses and/or stay away from people if he hears yelling.  Claudia, meanwhile, only sees these minor punishments as inconveniences.

Thus, she tries asserting her dominance over people and dogs via aggressive actions despite the consequences.  After fighting with Brodie, she got off scot-free save for a few stern words she couldn’t understand. Brodie, meanwhile, was leash-bound for the rest of the trip.  We understood that Claudia could easily start another fight where the injuries might be worse than a bitten Poodle ear.  Poor training affects everyone with whom that dog comes in contact; breed and personality have a minimal effect overall.

Stop multiplying by 7: how old is your dog in human years?

“How old is my dog in human years?” that’s probably one of the most frequently asked questions in the dog world as most of us want to extend our best friend’s life as much as possible, yet the answer remains uncertain.  But determining our dog’s age is extremely important as it helps us adjust their […]

Dog Nutrition: Are Your Dogs Needs Complete With Dog Food?

As a father of a senior dog, nutrition is key. When I browse the options at the store, I am lost at all the different ingredients and diet plans that are sold. For example, some foods promote joint health for senior pets while others are meant for puppies or middle-aged dogs.   I’ve even had a vendor […]

As a pet owner in sunny South Florida, my family is used to blazing summer heat and humidity practically year-round.  Of course, that family also includes our hyperactive Standard Poodle, Brodie. Nothing excites him more than seeing someone wear sneakers (that means it’s time for a walk!), stepping into the backyard (that means it’s time to […]

Knowing a few basic first aid procedures can make a huge difference in a pet emergency if you ever find yourself facing a life-threatening situation. Keep in mind this article is not meant to substitute veterinary attention but to simply educate pet owners on emergency procedures.   Below are some of the most common emergency scenarios […]

Are dogs aggressive? Earlier this year, my family visited our grandparents, and we decided to bring Brodie along with us.  Nothing was unusual about this; our hosts also had two Poodles, Claudia and Riri, and we loved the idea of forming a Poodle Pack.  However, one morning, Claudia suddenly shed her veneer of a […] 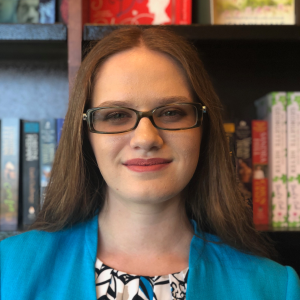 Dubbed "Nature Monster Jr." after her mother, Ava Brachfeld is an avid lover of animals and nature who falls decidedly in the middle of the cats vs. dogs debate. Her hobbies include sailing, horseback riding, writing with her cat Bonnie curled up in her lap, and playing video games with her dog Brodie at her feet.
All Posts
PrevPreviousKennel Cough – Why Is My Dog Coughing Non-Stop
NextPet Emergency and First Aid ProceduresNext